Alan Shearer laughed his head off at Ian Wright as he teased his colleague after Newcastle beat Arsenal.

The Magpies beat Mikel Arteta’s side 2-0 at St James’ Park on Monday evening, with Shearer and Wright analysing the game for the Premier League.

Footage released on social media showed Shearer shouting ‘Yes!’ when Eddie Howe’s men scored their first via a Ben White own goal, before sitting back and raising his arms in celebration.

When Bruno Guimaraes scored the second with five minutes remaining, Shearer stood up and giggled uncontrollably while looking at Wright, who tried to avoid eye contact. 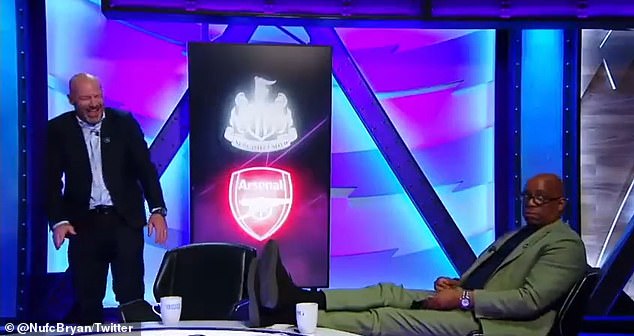 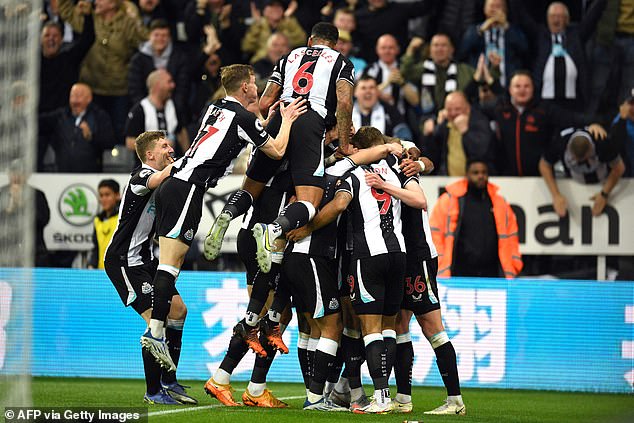 A seemingly frustrated Wright replied: ‘No. Why are you being so…’ before Shearer responded: ‘I’m not. I love you really’.

The legendary former Arsenal striker went on to say: ‘I can’t… I would never act like that any more. I’m just not doing that, celebrating when my team do well.’

When Shearer said ‘Really?’, Wright collapsed with laughter, before admitting he was ‘devastated’ with the result.

If Arteta’s outfit are to finish fourth and secure the final Champions League qualifying spot, they must beat Everton on the final day and, essentially, hope Tottenham lose against already-relegated Norwich at Carrow Road.