By Kieran Lynch For Mailonline

Gary Neville believes Arsenal shot themselves in the foot by asking for last week’s rearranged north London derby to be postponed.

Their top-four clash with Tottenham had been due to take place on January 16, before the Gunners requested for a postponement because of positive Covid-19 cases in the squad, injuries and players away on international duty.

Arsenal suffered a heavy 3-0 loss to their rivals last Thursday and sustained a 2-0 defeat by Newcastle on Monday to lose control of the race to qualify for the Champions League. 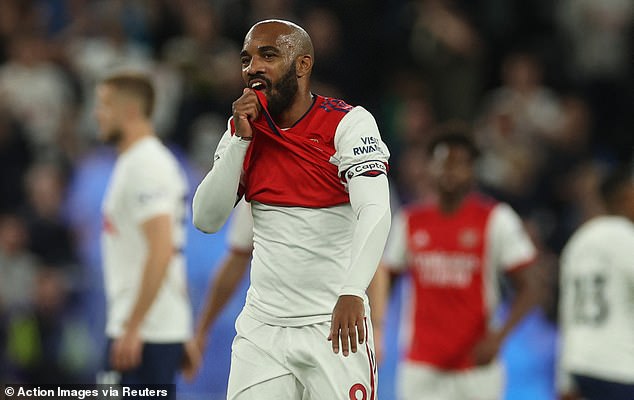 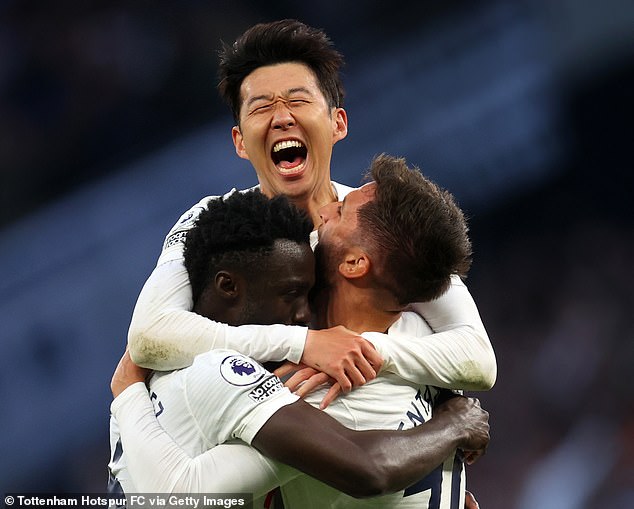 The Sky Sports pundit believes the decision to postpone the match ‘cost’ Arsenal in their pursuit of qualifying for Europe’s most prestigious competition for the first time in six years.

In a tweet on Tuesday, the Sky Sports pundit wrote: ‘Cancelling that NLD game has cost Arsenal.

‘They had not recovered at all from Thursday and had this loss been earlier in the season they would have been clear of it.’

It is not the first time that Neville has hit out at Arsenal for having the fixture postponed. 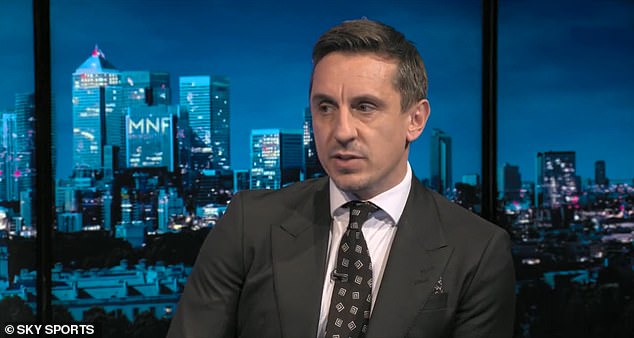 Before the Premier League granted Arsenal’s request, Neville hit out at games being called off.

‘I honestly believe that all teams, not just in the Premier League but in the EFL now, must be made to play their fixtures,’ Neville told Sky Sports.

‘Balogun has gone out on loan, Maitland-Niles has gone on loan, Xhaka has got a red card, that’s not the fault of anybody else. We can’t be calling fixtures off.

‘If it was purely down to Covid in extraordinary circumstances and there were 10 or 15 players out.

‘But we’re now talking about teams for the last few weeks where there’s no doubt they’ve been calling games off based on whether they think they’ve got the best squad or team to win a game. It’s got to stop.’

Neville insisted that he was not singling Arsenal out as the sole culprits but believed that their request ahead of the north London derby should have been rejected.

‘And I have to say that’s not a dig at Arsenal,’ he added. ‘I should have spoken three or four weeks ago. Manchester United, other teams, have got 30 or 40 players in their squad, I’m not having that they can’t get 14, 15, 16 players together. 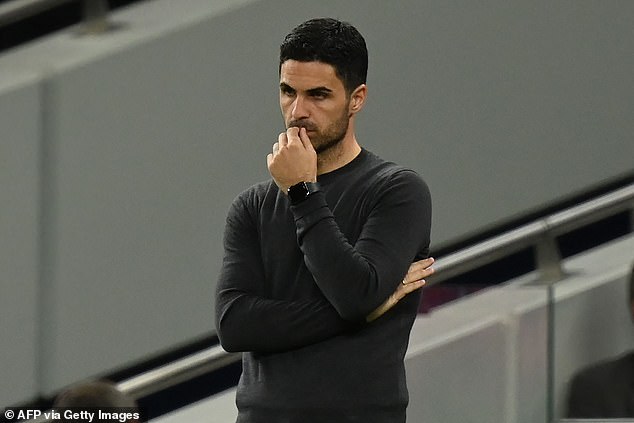 A Premier League statement on the morning of the game said it had been called off due to the Gunners having fewer than the required number of players available for a match – which is 13 outfield players and one goalkeeper.

Arsenal had been suffering with a number of injuries to the likes of Emile Smith Rowe, Takehiro Tomiyasu and Cedric Soares – while Thomas Partey, Mohamed Elneny, Nicholas Pepe and now Barcelona star Pierre-Emerick Aubameyang were away on African Cup of Nations duty.

Arteta’s side went into their clash with Newcastle under immense pressure, after Tottenham jumped them in the standings on Sunday with a 1-0 win over Burnley.

However Arsenal delivered an underwhelming performance against the Magpies and though only 2-0, were comfortably beaten.

The Gunners are now relying on already-relegated Norwich to beat Tottenham on the final day of the season to have any chance of making the top four.