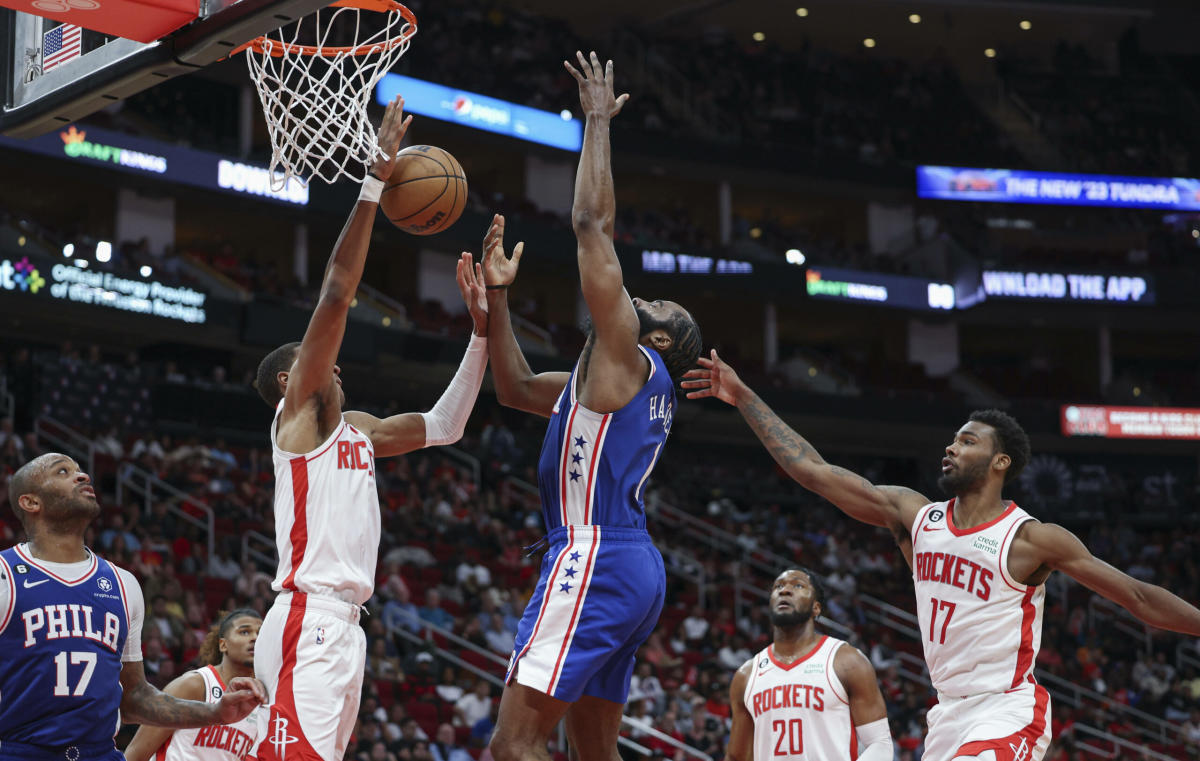 Monday was a pretty frustrating night for the Philadelphia 76ers. They were unable to take advantage of the return of James Harden after he missed 14 games due to a right foot tendon strain. The Houston Rockets knocked off the Sixers, 132-123, in double overtime to send them to an 0-3 road trip.

Philadelphia committed 34 fouls. Joel Embiid fouled out in overtime. The Sixers had 19 turnovers, including seven from Harden. It was just an overall ugly night.

Luckily, they have three days before returning to the hardwood on Friday to kick off a seven-game homestand against the Los Angeles Lakers. That means coach Doc Rivers can get a lot of teaching in.

“This game will be a great film watching game,” Rivers told reporters. “Establishing our roles will be what we’ll do the next two days, three days. Getting some practice time together will be great as well.”

Rivers and the Sixers will have to adjust to fit Harden into everything again after playing with Shake Milton running the offense for the previous 14 games. Having valuable practice time will allow The Beard to gain more chemistry with his teammates and get himself back into shape after playing 38 minutes on Monday.

“Just rehab and working myself into — like basketball, the physicality of the game and things like that which I think will get some really good practices in Wednesday and Thursday,” said Harden. “Then just getting adjusted to playing heavy minutes again. That’s like another part of the conditioning.”

Harden had been working out hard to prepare for his return to the floor, but real NBA basketball can’t be duplicated. These three days will help him get back into shape.

“You work out for an hour and a half, two hours, lifting weights by yourself, but when the guy’s bumping you and you got to make reads while you’re tired and you gotta have lift on your shot when you’re tired that all comes into factor,” Harden added. “So tonight (Monday), I’ll take the credit for it. I didn’t play well, but I gotta be better and I will.”

James Harden to officially return to the court for Sixers vs. Rockets