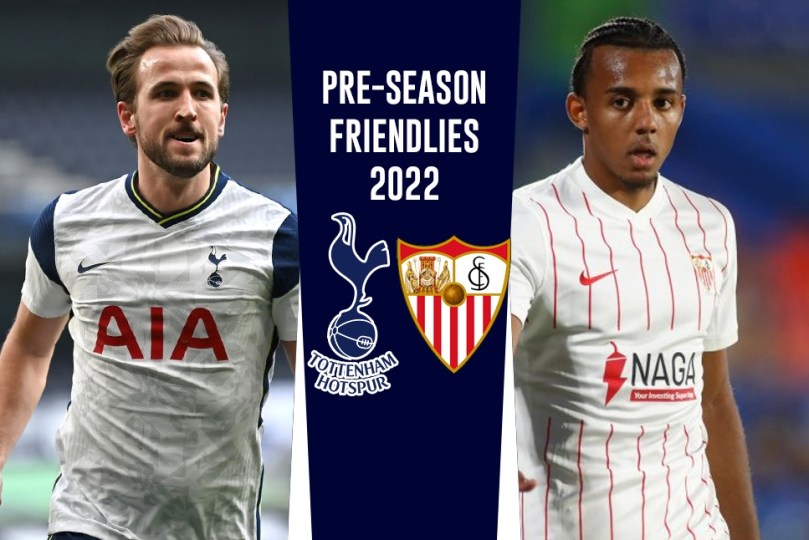 Tottenham Hotspur vs Sevilla LIVE: Spurs Pre-Season Friendlies 2022: Off the back of a nine-goal thriller with Team K-League, Tottenham Hotspur travel to the Suwon World Cup Stadium in South Korea to take on Sevilla in Saturday’s pre-season friendly. Antonio Conte’s side ran out 6-3 winners over Team K-League’s last time out, while Julen Lopetegui’s side are yet to take to the pitch for an exhibition game this summer. Follow Latest Football News and updates LIVE with InsideSport.IN

Conte revealed after the win over Team K-League that Yves Bissouma and Fraser Forster were both absent after testing positive for coronavirus, and the duo will miss the showdown with Sevilla as they continue their isolation periods.

Dejan Kulusevski also suffered a calf injury in training on Monday and was an unused substitute in Wednesday’s victory, while new signing Ivan Perisic is pushing to be involved as he steps up his recovery from a similar issue – the same can also be said for Ben Davies.

Twenty-year-old midfielder Harvey White earned plenty of plaudits for his performance as a late substitute on Wednesday, but senior stars such as Rodrigo Bentancur, Oliver Skipp and Pierre-Emile Hojbjerg should battle it out for the engine room spots here.

Jules Kounde recently underwent an operation to treat a hernia and is yet to join his teammates for pre-season training, while Rony Lopes and Oussama Idrissi are also absent.

Lopetegui must also assess the duo of Yassine Bounou and Youssef En-Nesyri after they were restricted to individual training on Tuesday, while Marcao will expect to earn his debut as Kounde remains sidelined.

Karim Rekik is the only realistic option to partner Marcao in the heart of defence, and former Tottenham attacker Erik Lamela could also start against his previous employers.

TOT vs SEV Friendly LIVE: When, where and how to watch Tottenham Hotspur vs Sevilla Pre-Season Live Streaming in India?

When will Tottenham Hotspur vs Sevilla be played? – Date

What time will Tottenham Hotspur vs Sevilla be played? Time
TOT vs SEV match will kick-off at 4:30 PM IST

Where will Tottenham Hotspur vs Sevilla be played? – Venue
TOT vs SEV will be played at the Suwon World Cup Stadium

For fans in India the match will be be live streamed  on Tottenham Hotspurs’ official app in SPURS PLAY  (Subscription needed). Fans can also follow the action and match buzz through the team’s social media accounts.