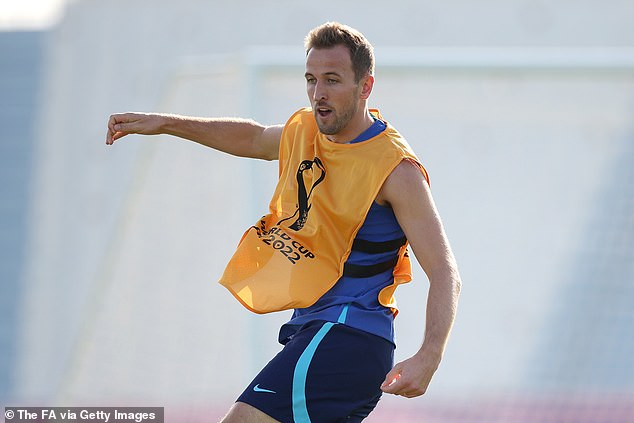 Gareth Southgate said it would be a ‘brave decision’ to leave Harry Kane out of his England starting line-up against the United States after confirming the striker had come through training with a clean bill of health.

Kane suffered a knock after a clumsy challenge by Morteza Pouraliganji in England’s 6-2 win against Iran on Monday – the national team’s biggest ever win at the start of a major tournament.

The Spurs striker, who has a history of ankle problems, did play on for 25 minutes but was seen limping after the game and went for a precautionary scan.

However, Kane has returned to training without issue and Southgate suggested his captain will feature from the start on Friday.

‘Harry’s good,’ he said. ‘He came through training, no problems, so it would be a brave decision to leave him out of the starting team.’

Southgate warned he expects a different level of opposition from the Americans after England enjoyed a relatively easy opener against Iran. 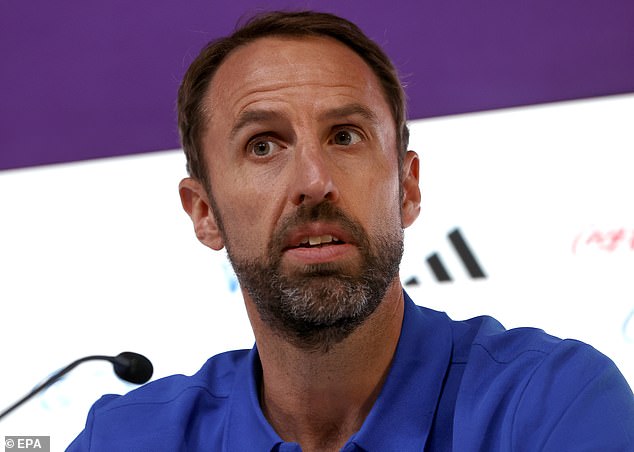 ‘I think tomorrow’s game will be very different to the first match,’ added Southgate.

‘They are a team that press the ball really well and who have, with respect, probably a level of player that has more experience of playing in top-level European leagues.

‘In terms of tomorrow’s game, it’s not going to be the pattern of the previous one.’

Southgate insisted he would not be getting carried away following Monday’s convincing victory.

‘We’re good at talking highly of ourselves as a nation and on the basis of very little evidence,’ he added. ‘What we’ve got to do is perform on the field. 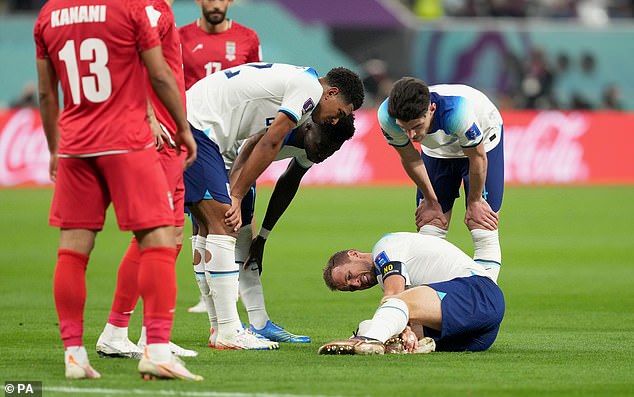 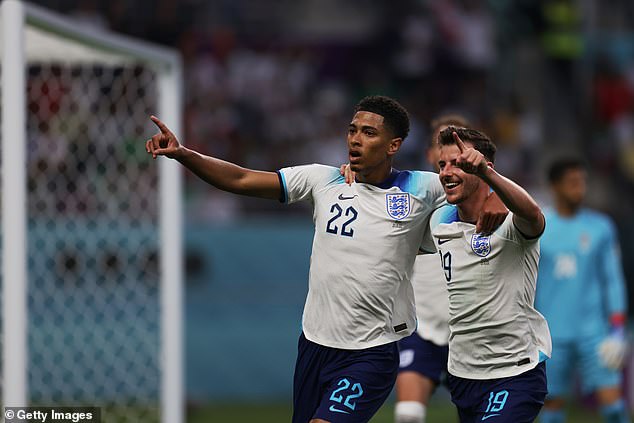 ‘We know we’ll be playing a highly motivated team, but we’ve got huge respect for our opponents, we know a lot of them from our league and we know the quality and athleticism they have.

‘The risk for us is that we think because we played well the other day we can just go through to the next game.

‘We’ve got to find that reset button to have the same psychology and determination. So I don’t think we will be underestimating the USA team at all.’