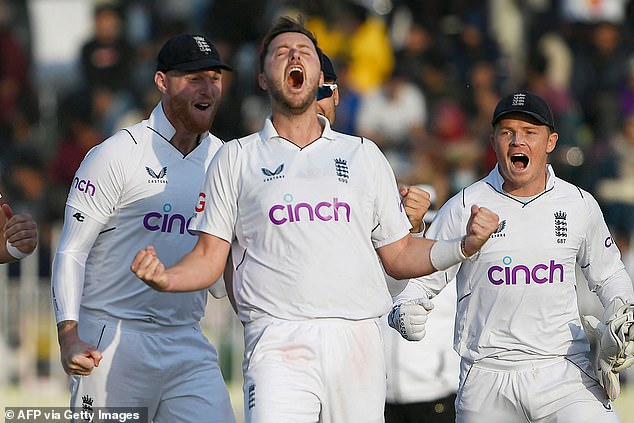 LAWRENCE BOOTH’S RATINGS: Zak Crawley vindicated England’s decision to stick with him and they’ve found a serious talent in Harry Brook, while Ollie Robinson was heroic in conditions that didn’t suit him and Ben Stokes was typically inspirational

By Lawrence Booth for MailOnline

Ben Stokes and England made good on their intentions to force a result against Pakistan with a stunning 74-run victory at Rawalpindi on Monday, thanks to stunning performances from Zak Crawley, Ollie Robinson, Harry Brook and Stokes himself.

Opener Crawley made 172 runs across two innings to make good on the faith shown in him over the summer, while Brook starred for England with 240 from 181 balls in the Test, including eight sixes.

With the ball Robinson excelled in conditions that ought not to have suited him and Stokes was his usual inspirational self in every facet of the game, despite not having the best Test of his life according to the figures.

Here are LAWRENCE BOOTH’S ratings for the first Test in batting order. 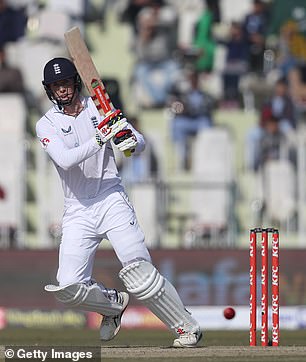 Contributed 172 stylish runs from 159 balls, vindicating England’s decision to stick with him after a difficult summer. Clearly loves batting against Pakistan.

A first-ball duck in the second innings didn’t remove too much gloss from his century in the first, full of cheeky sweeps in his first Test for six years.

Added 233 with Crawley in an alliance full of contrasts.

Now averages 41 at No 3, having never batted there before the Stokes/McCullum era.

A classy century was supplemented by some neat keeping in an emergency after Ben Foakes’s late withdrawal.

The only one of the top five to miss out on a first-innings century, Root was impishly brilliant while making 73 in the second, even taking guard as a left-hander.

On and off the field regularly to be sick. 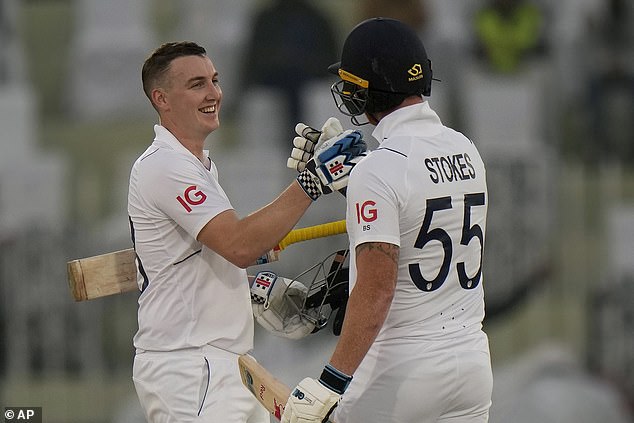 Flat pitch or not, haul of 240 from 181 balls with eight sixes was outstanding. England have found a serious talent.

Who cares if he made 41 and nought, and took just one wicket?

His belief and passion drove England throughout this astonishing game, and his 11-over spell between lunch and tea was typically inspirational. 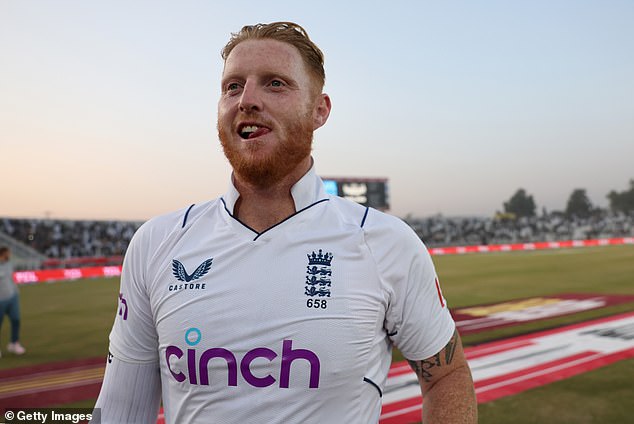 His Test debut did not go as planned. Out for nine in the first innings, he damaged his knee in the field and was unable to bowl. On his way home today.

Only learned he was making his Test debut on the morning of the game, hit a quick 30, then took six first-innings wickets to earn England a lead. He’ll never forget this.

A year ago, Robinson would have struggled to get through the last day. Here, he was heroic, in conditions that ought not to have suited him.

His wickets of Agha Salman and Azhar Ali after tea were crucial. 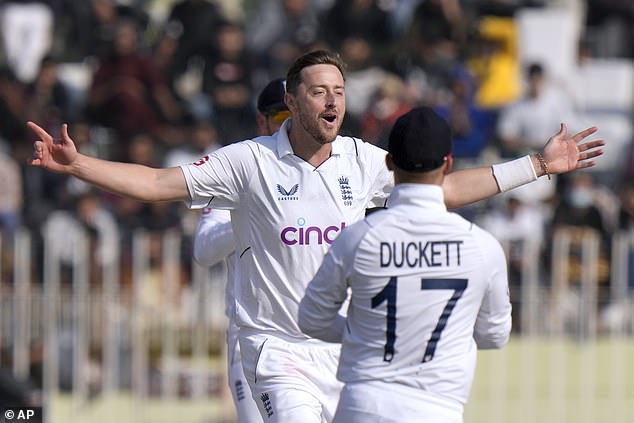 He took three expensive wickets, but will never claim a more memorable one than Naseem Shah, clinching victory as the sun began to set.

Second-innings figures of four for 36 from 24 overs on that pitch were simply ridiculous. And that was after being denied the new ball. 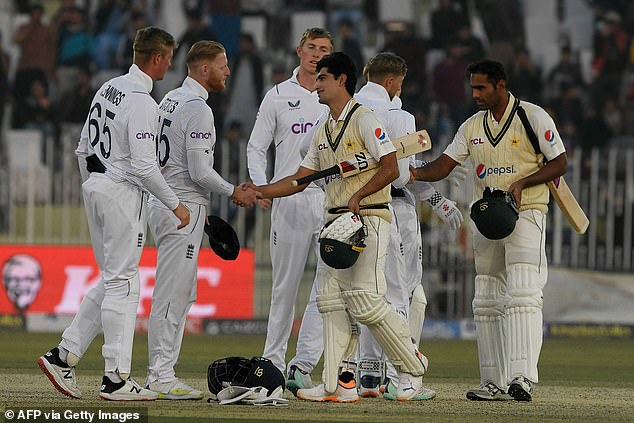