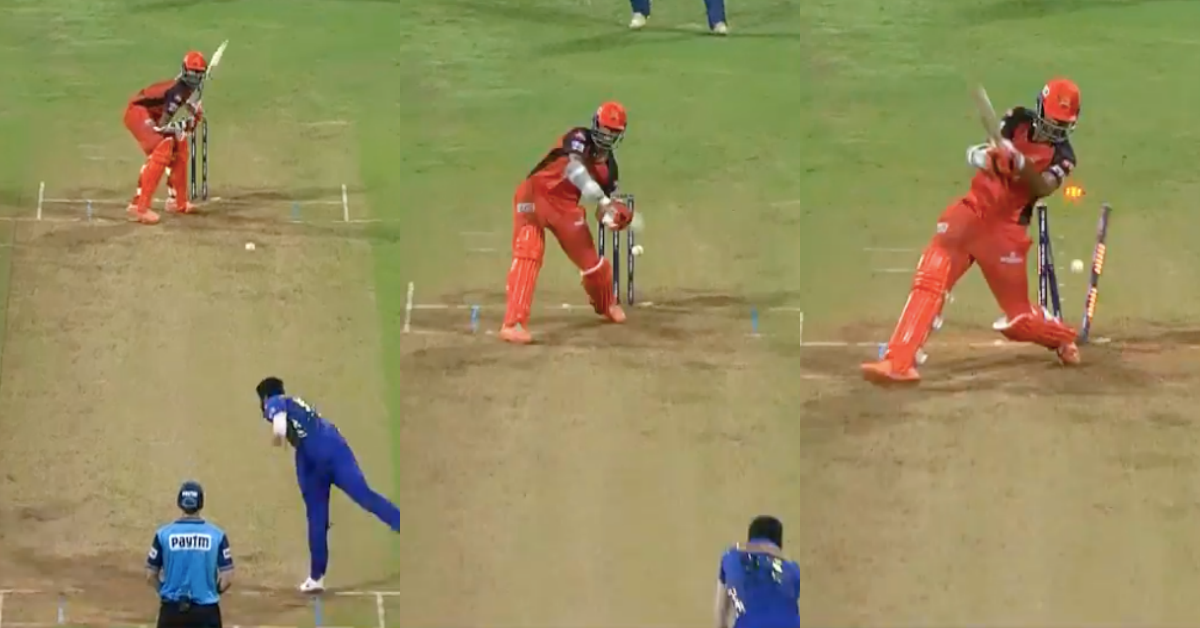 Mumbai Indians (MI) pacer Jasprit Bumrah managed to take one wicket as Sunrisers Hyderabad (SRH) put on a massive 193/6 after being asked to bat first in the 65th match of the ongoing Indian Premier League (IPL 2022) being played at the Wankhede stadium in Mumbai on May 17, 2022.

This is a crucial match for SRH, who need to win it to stay in the race for the playoffs as they have 5 wins from 12 matches and are on a five-match losing streak. Mumbai Indians, on the other hand, have nothing to worry about as they were the first team eliminated from the race for playoffs.

Rohit Sharma won the toss and chose to bowl first. MI made two changes by leaving out Kumar Karthikeya and Hrithik Shokeen and bringing in Sanjay Yadav and Mayank Markande. And for SRH, Priyam Garg came in for Shashank Singh and Fazal Farooqi replaced Marco Jansen.

Garg made quite an impact as an opener, scoring 42 in 26 balls with four fours and two sixes, while Abhishek Sharma fell for 9 runs. Garg added 78 runs for the second wicket with Rahul Tripathi, who top-scored for Sunrisers with 76 in 44 balls with 9 fours and 3 sixes to his name. Nicholas Pooran added a quick 38 runs in 22 balls with 3 sixes and 2 fours.

However, Ramandeep Singh took 3/20 in his 3 overs, while Daniel Sams, Riley Meredith, and Jasprit Bumrah took one wicket each as SRH posted 193/6 in 20 overs.

Jasprit Bumrah didn’t have a very good day in terms of bowling as he gave 32 runs in his 4 overs for one wicket. But that one wicket got him to the 250-wicket milestone in T20 cricket.

On the last ball of the SRH innings, Bumrah bowled a pacy full-toss on the stumps and Washington Sundar missed the ball while trying to carve it and lost his middle stump.

Here is the video: