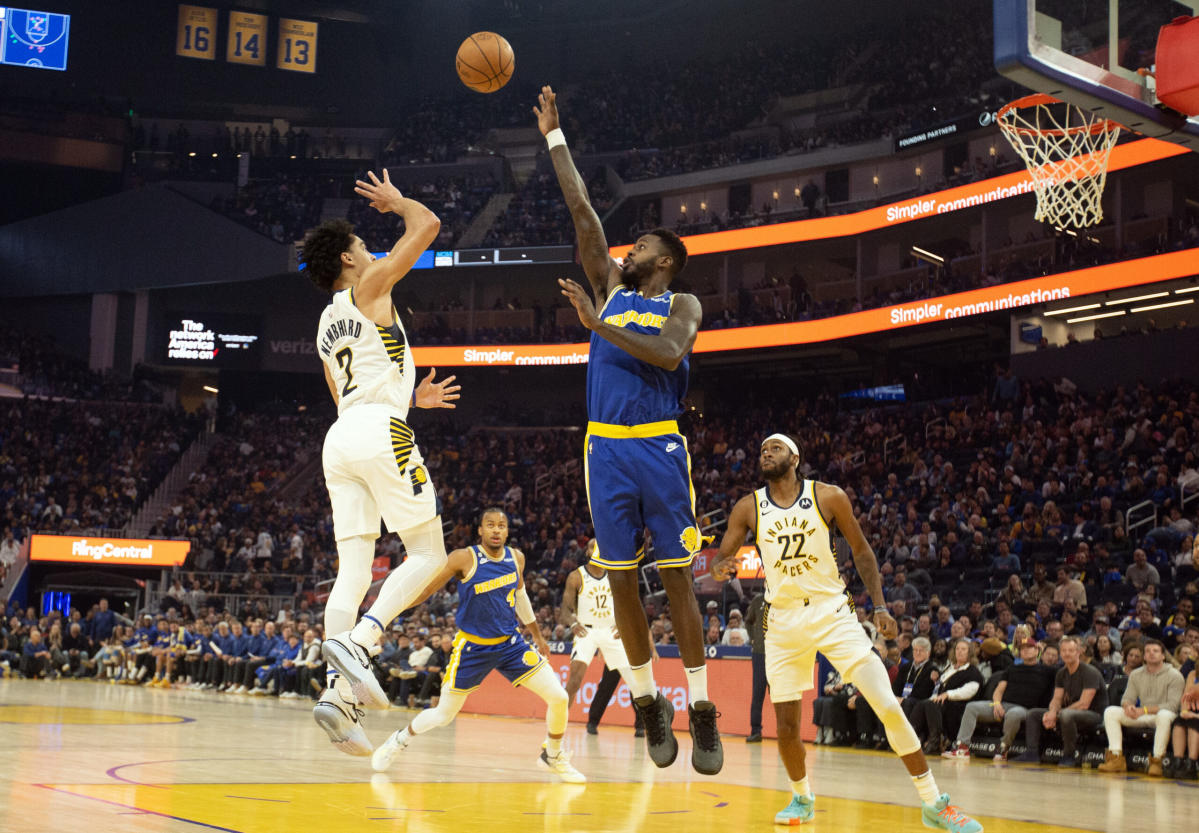 Riding a 10-game winning streak at home, the Golden State Warriors hosted the Indiana Pacers at Chase Center on Monday night with the chance to advance their run to 11 straight in San Francisco.

Even with the absence of Tyrese Haliburton and Myles Turner on the second leg of a road back-to-back, the Pacers didn’t make it easy on the Warriors. The Pacers landed an early haymaker, taking a 13-point lead in the first quarter.

Despite a comeback effort from Klay Thompson and Jordan Poole to make the game tight down the stretch, the Warriors had no answer for rookie guard Andrew Nembhard.

The Gonzaga product tallied a career-high 31 points on 13-of-21 shooting from the field to go along with 13 assists and eight boards in place of Haliburton in the starting lineup. Nembhard notched 10 of his points in the fourth quarter to close out the defending champs and snap their 10-game home streak, 112-104.

Thompson led the Warriors with 28 points on 9-of-23 shooting from the field with eight made triples, fou assists and two boards in 37 minutes.

Steph Curry was uncharacteristically quiet against the Pacers, recording only 12 points on 3-of-17 shooting from the field and 2-of-10 from deep with six assists and four boards in 38 minutes.

Following the Warriors’ loss to the Pacers, the NBA community on Twitter weighed in with reactions. Here’s a look at what fans and analysts were saying on social media on Monday night.