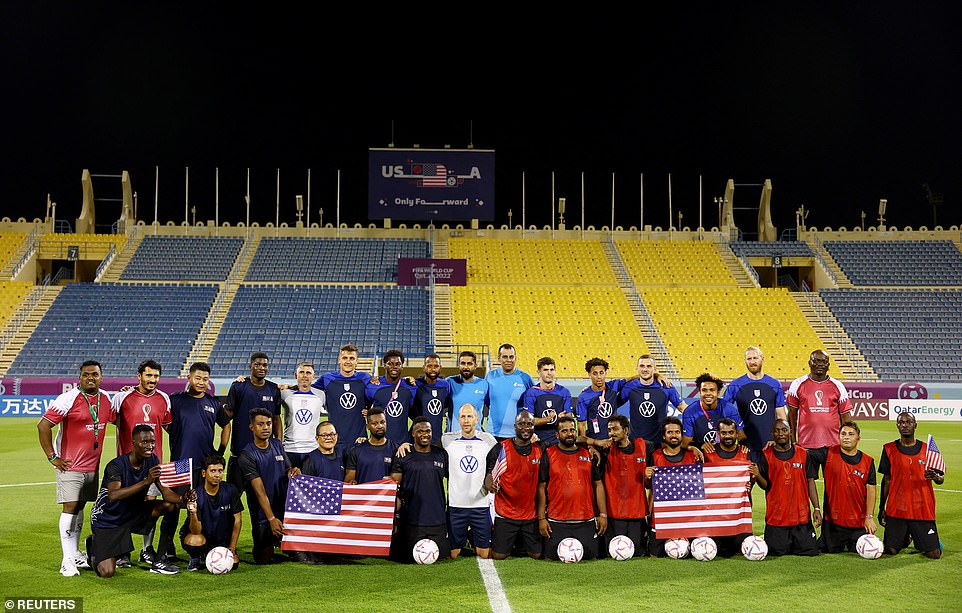 The United States men’s national soccer team went through some training drills at a welcome event with a construction crew in Doha on Monday amid ongoing controversy over Qatar’s treatment of migrant workers ahead of this month’s World Cup.

American players, including Chelsea’s Christian Pulisic, were seen kicking the ball around with workers, who also got a few lessons and some training exercises from the 26-man national team. Afterwards Pulisic, coach Gregg Berhalter and other American players signed autographs for the workers, without whom the upcoming tournament would not have been possible.

It remains unclear how the session came about. A USMNT spokesman did not immediately respond to DailyMail.com’s request for comment. 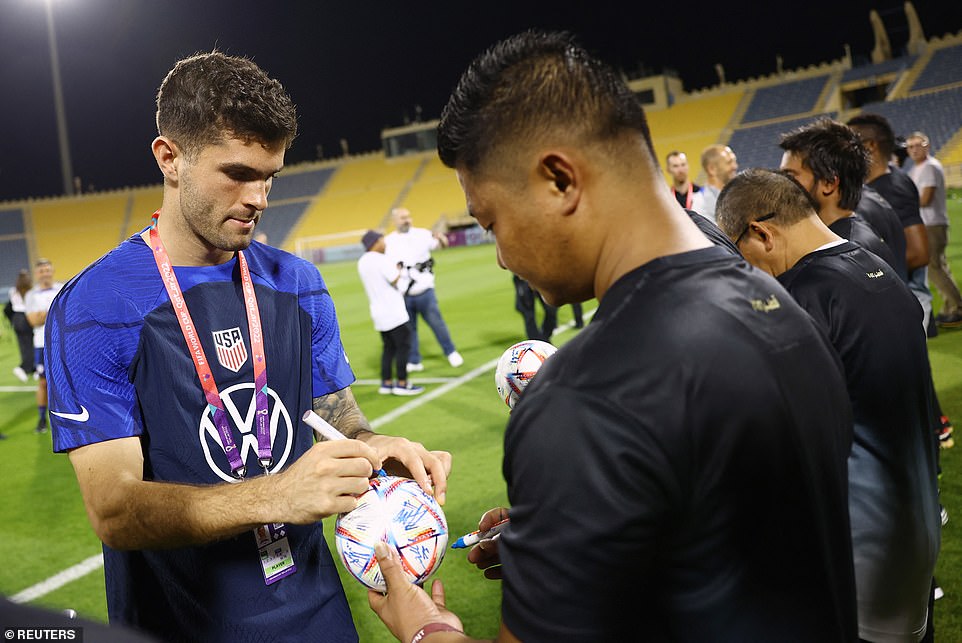 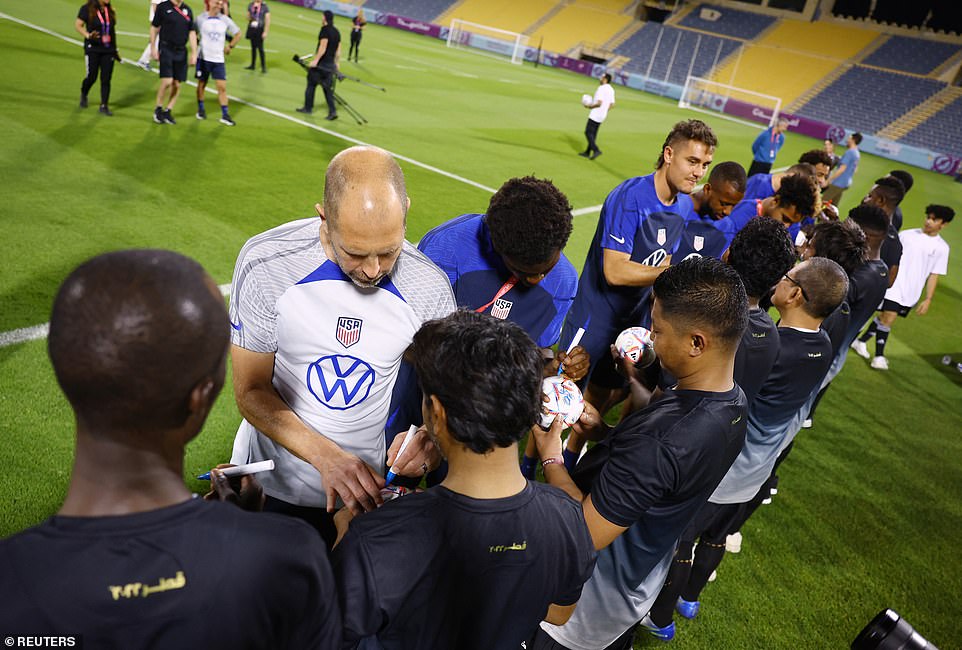 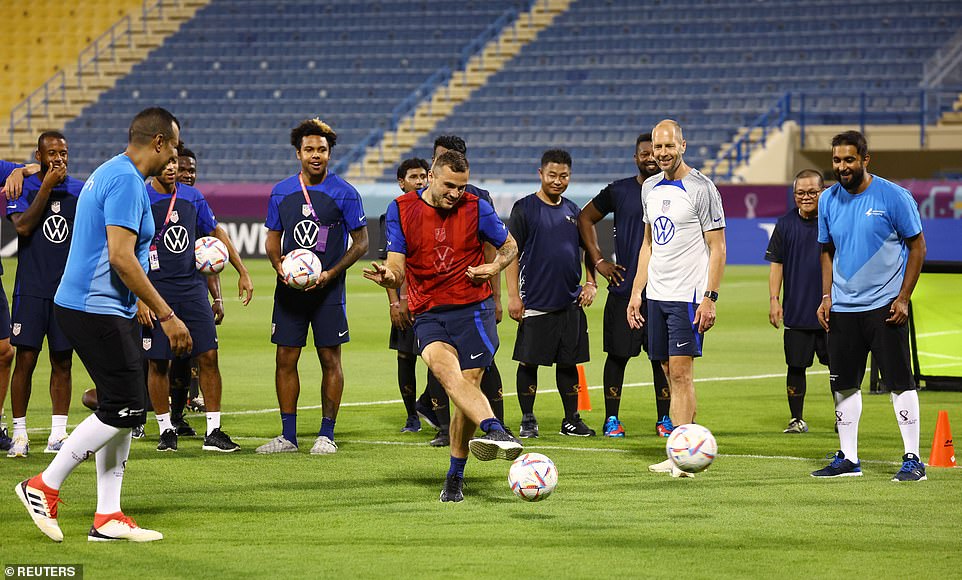 The photo op took place as FIFA urged the 32 teams preparing for the World Cup to focus on the game in Qatar. A letter urging teams to ‘let football take center stage’ was sent by FIFA president Gianni Infantino and secretary general Fatma Samoura earlier this month.

‘Please, let’s now focus on the football!’ Infantino and Samoura wrote, asking the 32 soccer federations to ‘not allow football to be dragged into every ideological or political battle that exists.’

Qatar being picked in 2010 as World Cup host sparked scrutiny on its treatment of low-paid migrant workers needed to build projects costing tens of billions of dollars and its laws criminalizing same-sex relationships.

Qatar is the first Middle Eastern country to host the World Cup but the small nation has come under intense pressure in recent years for its treatment of foreign workers and restrictive social laws.

The country’s human rights record has led to calls for teams and officials to boycott the November 20 to December 18 tournament.

Several coaches and federations, including the United States, have backed calls to create a compensation fund for migrant workers’ families. Denmark’s squad is taking a black team jersey as a sign of ‘mourning’ for those who died in Qatar. 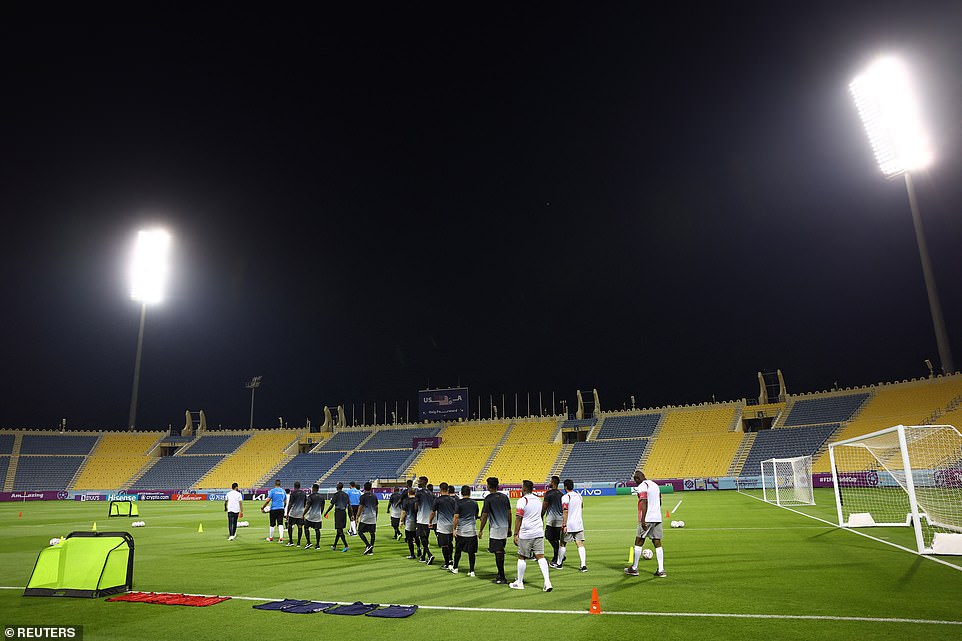 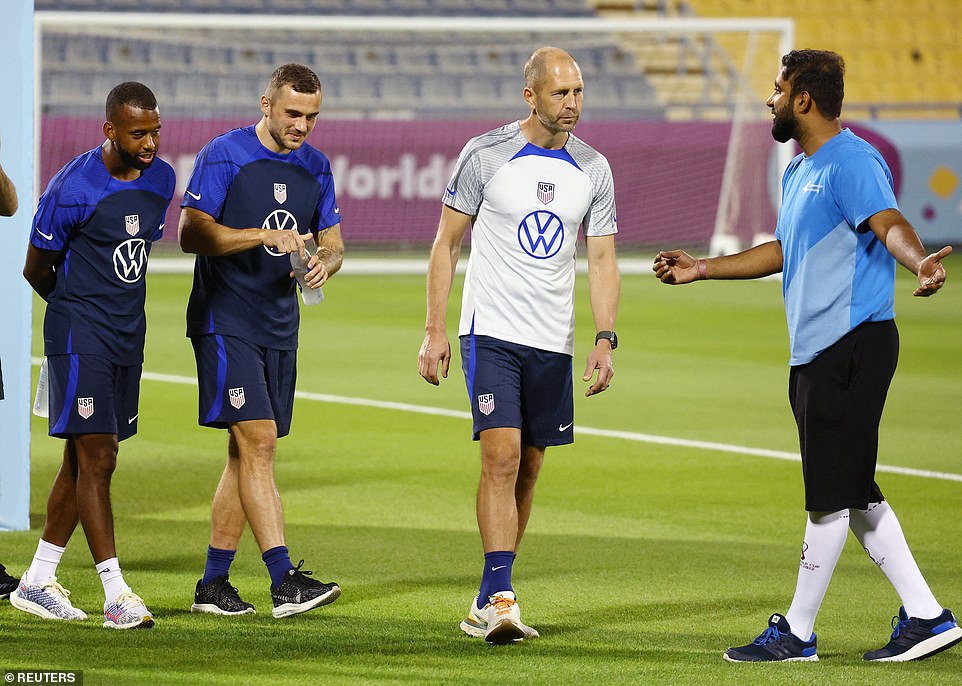 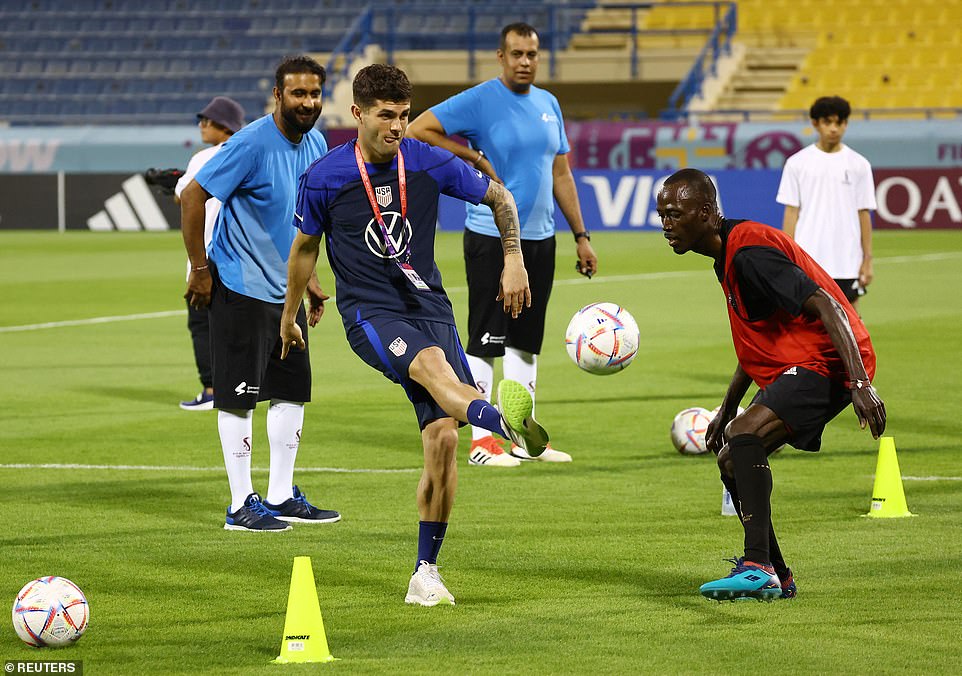 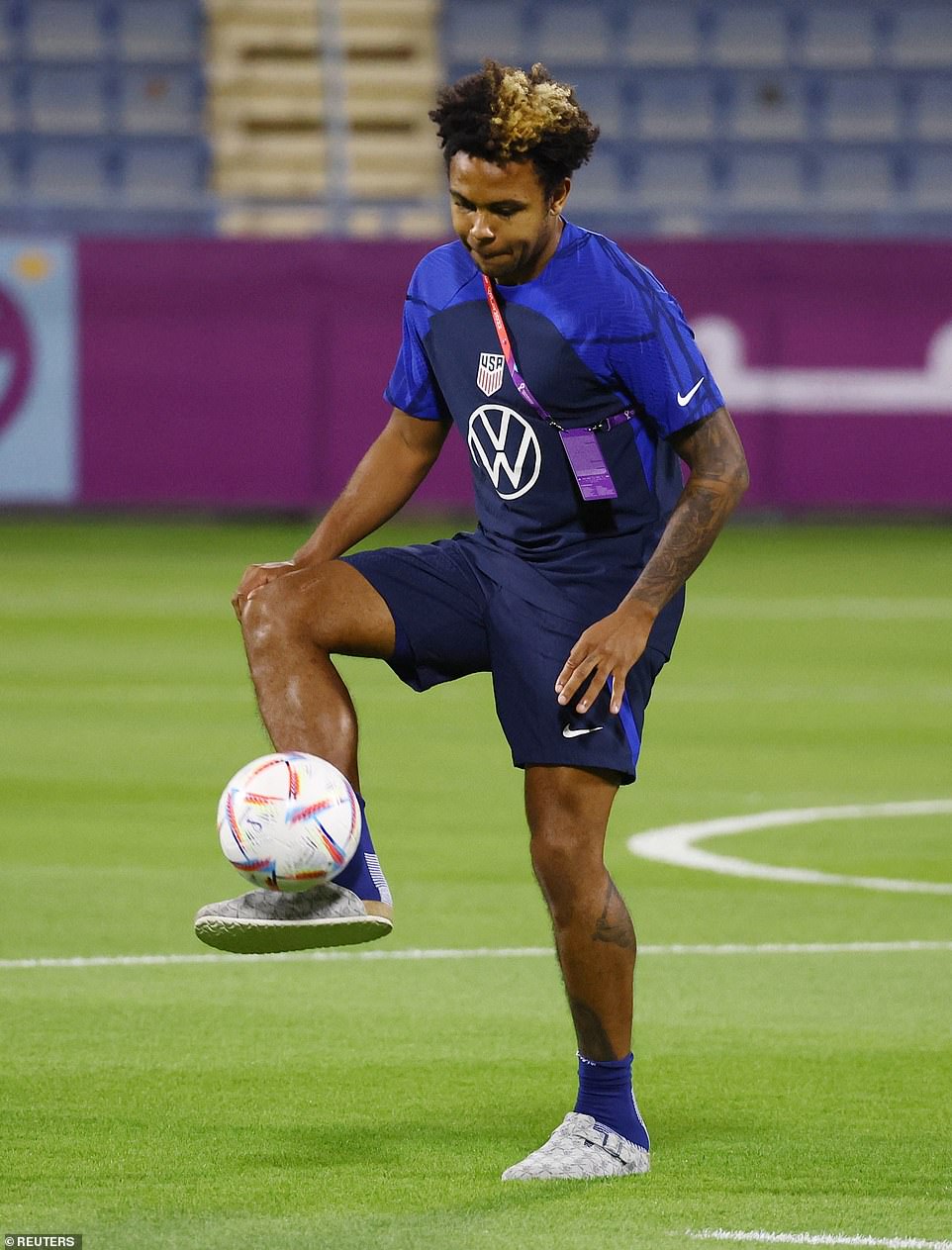 The Dutch soccer federation restated its commitment to leave ‘lasting improvements in the situation of migrant workers in Qatar’ late Friday.

What’s more, the Dutch team also met with migrant workers in Qatar over the weekend after announcing its plans last week.

‘First of all, we are going to Qatar to become world champions, but of course we look beyond football,’ coach Louis van Gaal said in a written statement.

He said that, as a team, ‘we find it important to meet the people involved. We therefore invite them to our training to give them a nice memory as well.’

At a news conference on Friday to unveil his World Cup squad, Van Gaal conceded that the meeting between the Dutch stars and the migrant workers was ‘contrived, because normally that wouldn’t happen.’

But he defended the meeting, saying ‘the fact we want to do it says something about the thoughts of the KNVB and that’s what it’s about.’

The Dutch federation said it organized the meeting with 20 workers together with FIFA and a labor union.

It’s yet to be seen how much time World Cup broadcasters will spend highlighting the allegations against the Qatari government, which include 2013 claims by The Guardian that workers were denied food, water, and were stripped of their passports. Some allege they were not paid, or if they were, the payments were minimal and long overdue. A 2019 Daily Mirror investigation found that 28,000 workers were paid roughly $1 an hour over a 48-hour week.

Under heavy international scrutiny, Qatar has enacted a number of labor reforms in recent years that have been praised by Equidem and other rights groups. But advocates say abuses are still widespread and that workers have few avenues for redress.

Qatari officials accuse critics of ignoring the reforms and applying double-standards to the first Arab or Muslim nation to host the tournament. 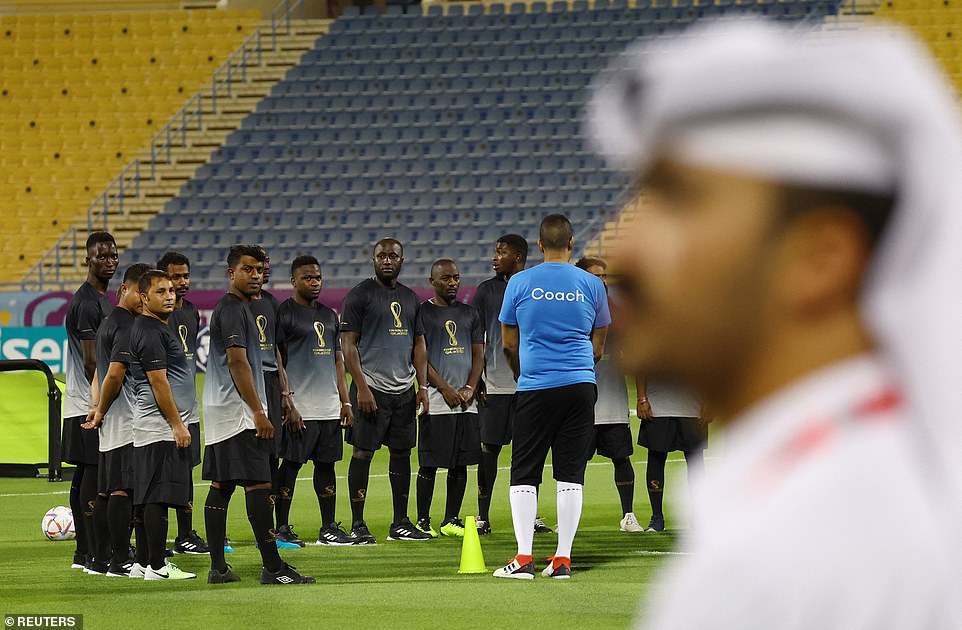 Ambet E. Yuson, general secretary of the Building and Wood Workers’ International union, said migrant workers involved in construction projects linked to the World Cup have had better protection, but the same cannot be said for other workers in Qatar.

‘Employers, often with impunity, continue to defy the law and breach the human rights of migrant workers. With the tournament approaching, progress on universal human rights standard has become urgent,’ Yuson said.

And the plight of migrant workers in Qatar is not the only human rights issue facing the country ahead of the World Cup.

To highlight Qatar’s treatment of the LGBTQ individuals, the US will use a rainbow version of its crest at the Americans’ World Cup training facility in Doha.

The federation, which normally uses a crest with blue lettering and red stripes, changed the stripes to seven different colors at Al Gharrafa training facility, where workouts started Monday ahead of the Americans’ World Cup opener against Wales on November 21. The rainbow crest is part of the ‘Be the Change’ initiative of the USSF and its players, which also called for tougher US gun laws. 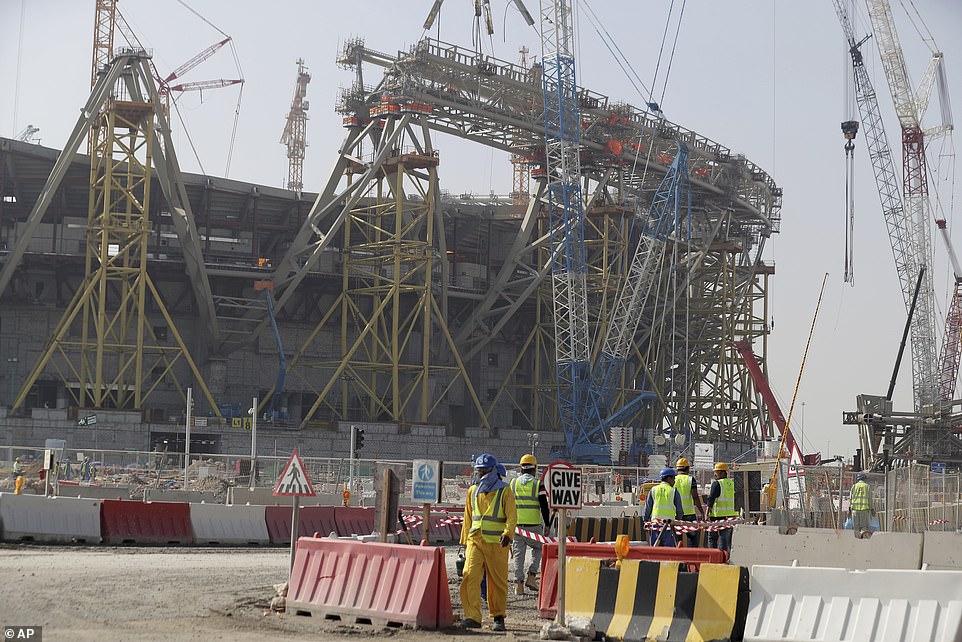 Workers walk to the Lusail Stadium, one of the 2022 World Cup stadiums, in Lusail, Qatar 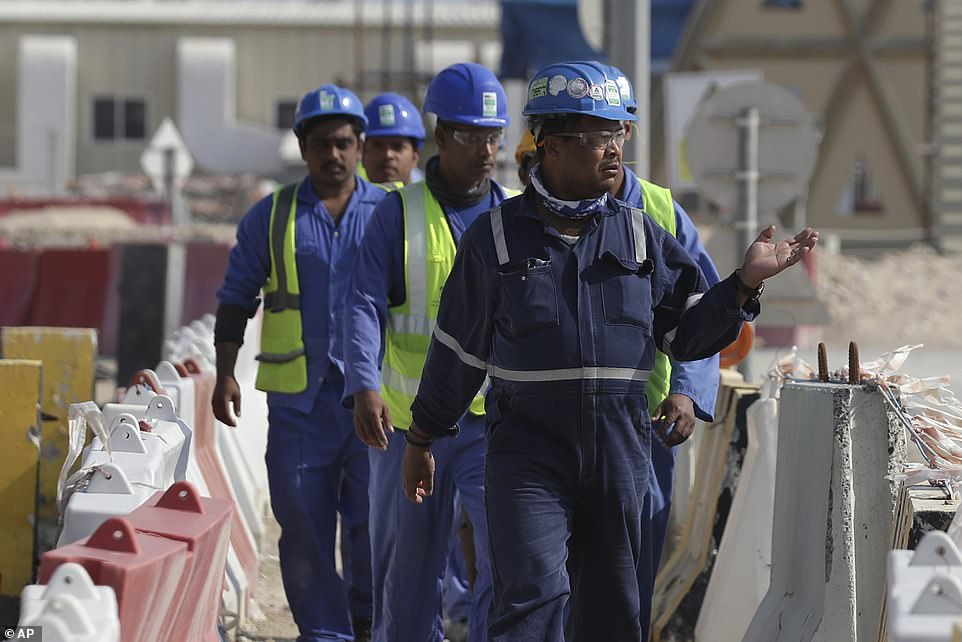 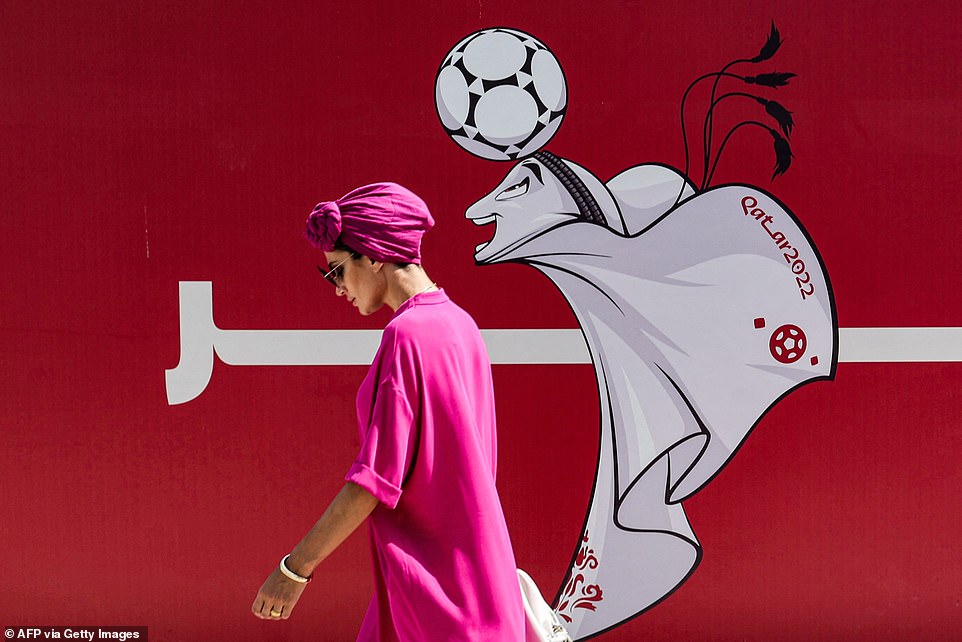 Qatar has been criticized over attitudes towards LGBTQ fans and the treatment of migrant workers.

‘When we are on the world stage and we are in a venue like Qatar, it’s important to already bring awareness to these issues,’ Berhalter said Monday.

‘And that’s what Be the Change is about, it’s not just stateside that we want to bring attention to social issues, it’s also abroad. And we recognize that Qatar has made strides, there has been a ton of progress, but there’s still some work to do. And it’s just about Be the Change basically represents everyone’s individual opportunity to make change or to have change start with them. So I think it’s appropriate that we have it here, as well.’

The USSF said the rainbow crest will not be worn on the field but will be used in areas in Qatar it controls, such as fan parties.

Last spring, the US wore jerseys with rainbow-colored numbers for Pride Month and wore orange armbands to raise awareness against gun violence. 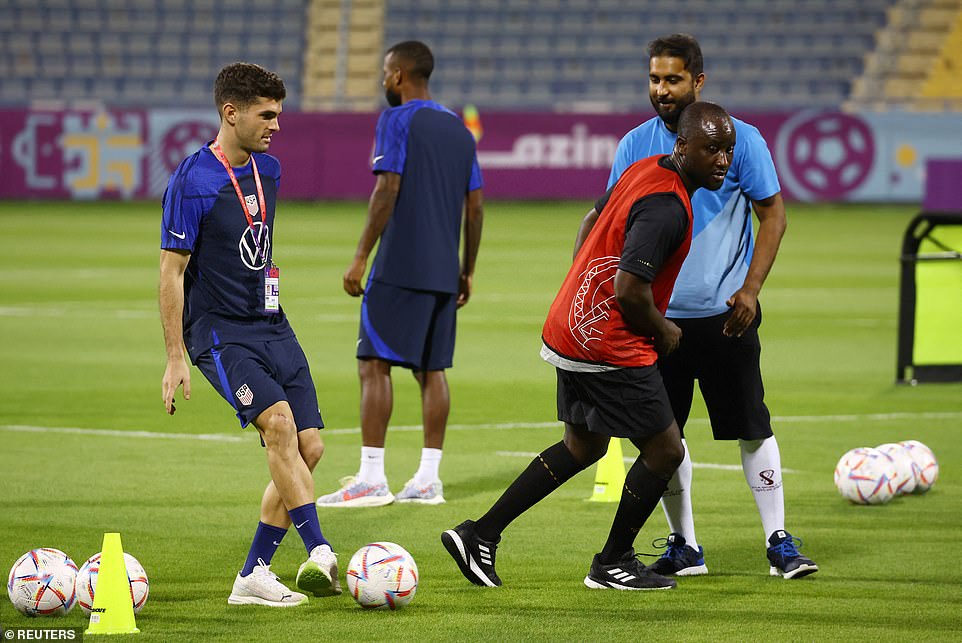