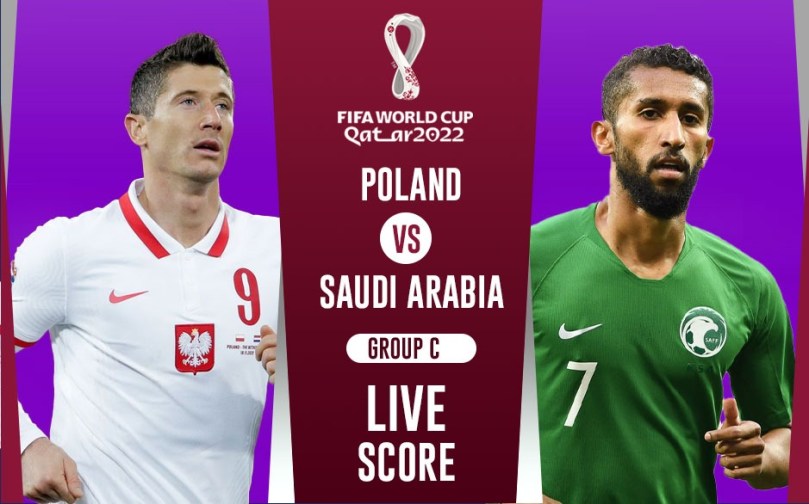 Poland vs Saudi Arabia LIVE Score: FIFA World Cup 2022 LIVE – The Group C fixture between Poland and Saudi Arabia presents a very interesting scenario. Saudi Arabia has done wonders for its confidence after registering a stunning win over Argentina in their tournament opener. In addition, the Green Eagles fans have also increased their fan base during the ongoing FIFA World Cup. Poland, on the other hand, squeezed out a draw against Mexico. They are left with minimal options, and losing is certainly not on the menu for Robert Lewandowski’s brigade. Watch POL vs SAU Highlights & Follow FIFA WC LIVE Streaming updates with InsideSport.IN

We have your weekend plans right here! 💯

Poland: A must-win game for Poland to progress to the Round of 16.

Saudi Arabia: A win for Saudi Arabia and they will make it through to the knockouts.

With their backs to the wall, Poland needs to find a way to stay aggressive and score initially. The team’s manager has confirmed that both Krystian Bielik and Bartosz Bereszynski aren’t 100 percent fit since Tuesday, but both should be fit and available for the game. In desperate need of points, there is a chance that Arkadiusz Milik, who was brought in from the start, will provide extra firepower. Most importantly, Poland requires skipper Robert Lewandowski to stand up and take the team through, in what is a must-win encounter for the Polish side.

The fight to advance from the group continues on Saturday in Ar-Rayyan, Qatar.pic.twitter.com/uU1230WHFE#FIFAWorldCup

The Green Eagles would be brimming with confidence after their win over Argentina. However, they shouldn’t forget that each day is a new challenge, and that Poland are no pushovers. They will have to be as a team, just like they did against Messi and company, to bag those three crucial points on Saturday. Saudi Arabia’s full-back Yasser Al-Shahrani will no longer take part in the World Cup after undergoing successful jaw surgery after colliding with his own goalkeeper. Henceforth, Mohammed Al-Burayk is likely to start in the playing XI.

When will Poland vs Saudi Arabia match take place?

Poland vs Saudi Arabia will take place at 3:30 PM IST.

Where will Poland vs Saudi Arabia LIVE Broadcast Take place?

Poland vs Saudi Arabia LIVE Broadcast will be done at Sports18 Networks.

Where will Poland vs Saudi Arabia LIVE Streaming Take place?

Poland vs Saudi Arabia LIVE Streaming will be done at JioCinema.