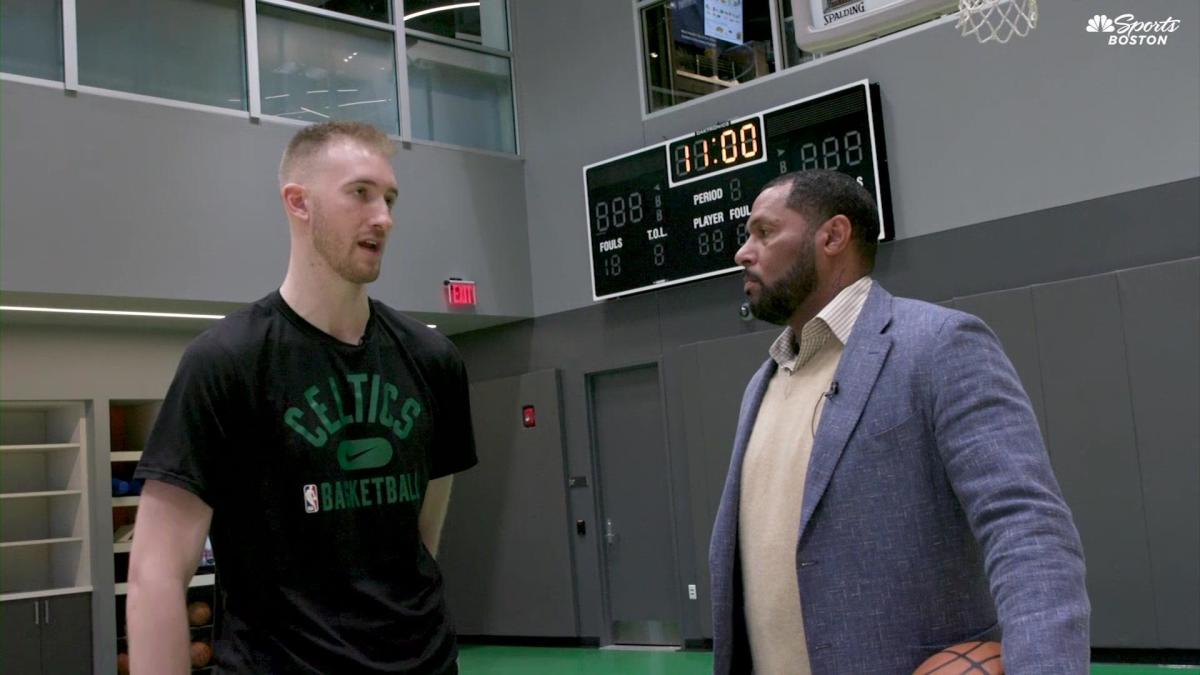 Sam Hauser has taken advantage of a golden opportunity with the Boston Celtics so far in the 2022-23 NBA season.

Through 25 games, Hauser has emerged as a key contributor off the C’s bench. The soon-to-be 25-year-old is averaging 7.1 points while shooting 50.4 percent from the floor, 46.2 percent from 3-point range. His presence is a big reason Boston has been able to lean heavily on its second unit, a significant development given the glaring lack of depth a season ago.

C’s fans will see plenty more of Hauser as the season progresses, so our Eddie House — formerly a Celtics sharpshooter himself — wanted to learn more about him. Where did he get his athleticism? And when did he realize his shooting talent?

“My dad played at a D2 school in Minnesota and my mom played three sports in college,” Hauser told House. “Athletic genes, for sure. …

“I think in high school, maybe my sophomore or junior year, is really when I knew. It’s something that kind of just came natural to me and I just rode with it.”

Which 3-point shooters did Hauser grow up admiring?

“I would say probably Kyle Korver was one of them and Klay Thompson for sure. Just the way they fly off screens and can make really difficult shots look so easy,” he said.

Hauser also opened up about how he earned his spot in the C’s rotation and got the team to trust in his ability.

“Playing my role, making shots when they’re passing it to me, I think it definitely earned some trust. Especially Joe (Mazzulla). I mean, I feel like having trust with him is the biggest thing,” Hauser said.

“My first Summer League with the Celtics, he was the coach. So I think it started then. He knew what I could do, I showed what I could do in Summer League and from then on I put the work in. He’s seen that, and I think now that he’s at the front of the helm he knows what I can do and he trusts that.”

House also breaks down Hauser’s shooting form and why the result is “nothing but net.” You can hear everything Hauser had to say in the video above.