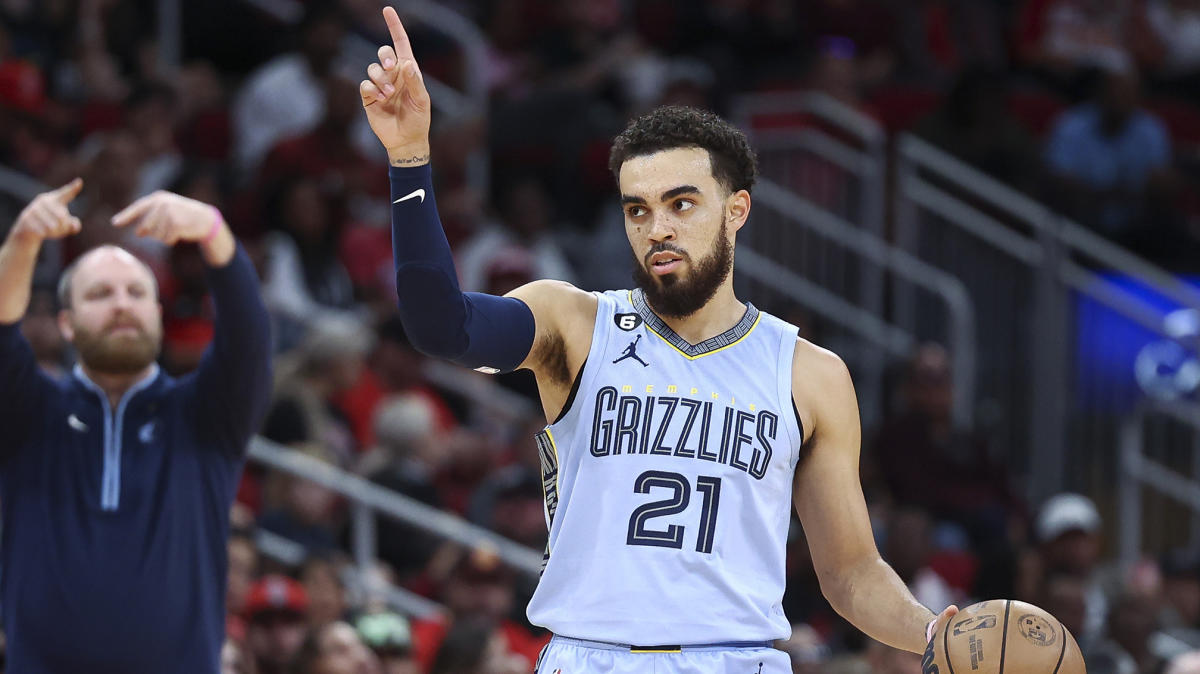 Editor’s Note: Now, all our premium tools for Fantasy, DFS and Betting are included in one subscription at one low price. Customers can subscribe to NBC Sports EDGE+ monthly for $9.99. Click here to learn more!

Injuries are the worst part of sports. Unfortunately, we saw injuries to plenty of players on Friday night, including some stars. The flip side of injuries is that they open the door for players that don’t see the floor as much to get the chance to shine.

Ja Morant left this game early with an ankle injury, though initial reports suggest it isn’t serious. Still, if he misses any time, Jones is a must-add. In 23 games without Ja last season, Jones averaged 12.7 points, 6.6 assists and 3.2 rebounds. With Desmond Bane out as well, Jones will be relied on more than ever for playmaking.

Tyrese Maxey exited early from Philly’s matchup with Milwaukee due to a left foot injury. X-Rays were negative, so he’ll undergo an MRI on Saturday. With James Harden already injured, the 76ers’ point guard depth is just Milton and De’Anthony Melton. With Melton rostered in 60% of leagues, Milton is the easier add. He averaged 16.0 points, 5.3 rebounds and 3.8 assists in six starts last season.

With Deni Avdija in foul trouble, Kispert played 38 minutes on Friday, hitting five triples and swiping two steals. He’s played at least 29 minutes in three of his last four games. Will Barton only played eight minutes in this game, despite the lack of wing options. Jordan Goodwin was injured for this game, but Kispert seems to be in line for 25 minutes per night and should be a solid source of triples and steals.

The App is Back! Don’t forget to download the Rotoworld app to receive real-time player news, mobile alerts and track your favorite players. Plus, now you can check out articles and player cards. Get it here!

Mitchell Robinson hasn’t played since November 4th due to a right knee sprain, and there’s no clear timeline for his return. It shouldn’t be too much longer, but Sims should be rostered until Robinson is back. He played 27 minutes on Friday, finishing with 10 points, 10 rebounds and three blocks. He had two blocks and three steals in their previous game. He had 11 points and 13 rebounds the game before that. He shoots a high percentage and can add rebounds and defensive stats, and he should play a significant role as long as Robinson is hurt.

Richards’ role has been inconsistent lately, but he had a big game on Friday, finishing with 13 points, 14 rebounds and three blocks. He’s a risky play, since the stats were amplified from two overtimes, and Mason Plumlee fouled out. Still, this was a big time performance, so it could’ve earned him some extra minutes.

– The Pacers, Magic, 76ers and Jazz all play the second leg of a back-to-back.

– Tyrese Haliburton injured his ankle, but he tweeted that he’d be fine.

– The Raptors will be without six rotation players against Atlanta.

– Kawhi Leonard is not on the injury report.