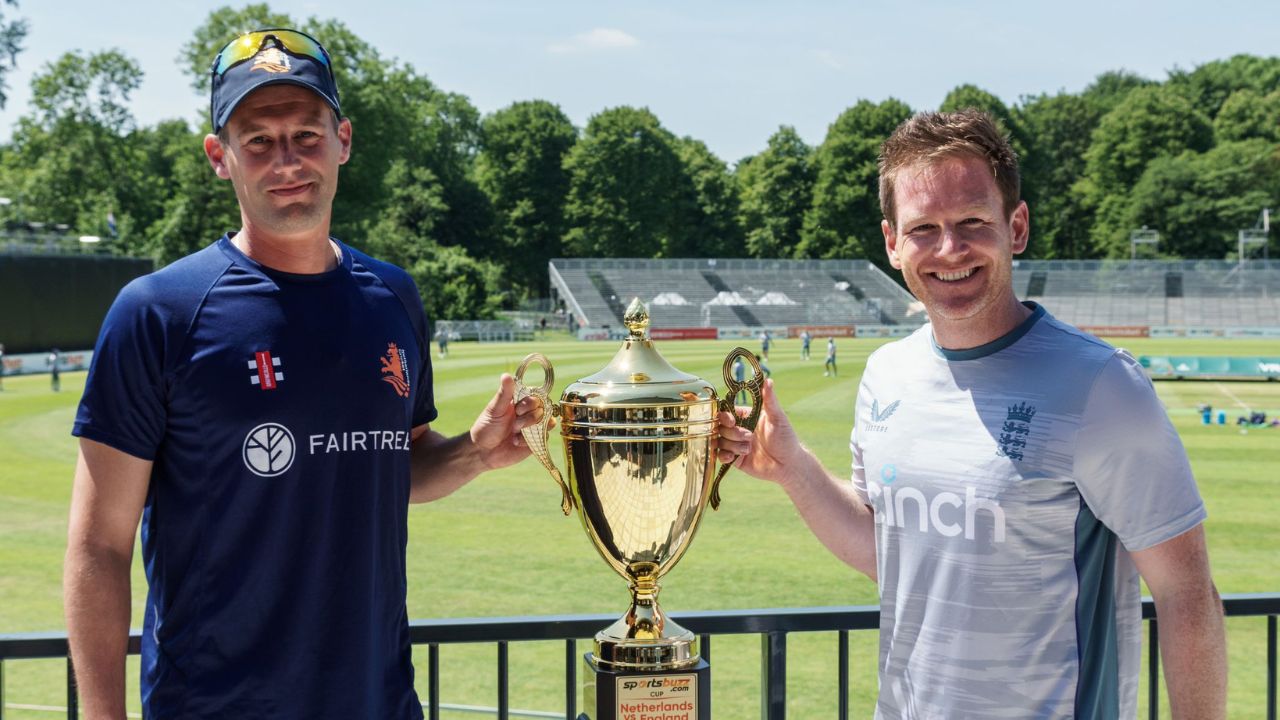 The NED vs ENG ODI series continues with the second ODI in VRA Cricket Ground, Amstelveen. The visitors lead the series 1-0 courtesy of their win in the first ODI. England scored the highest ever ODI total of 498/4 and won the game by 232 runs.

Three England batters scored centuries. Jos Buttler top-scored with 162 runs off 70 balls. Phil Salt and Dawid Malan were the other two batters who scored in three figures. Buttler after the game said that England would continue batting aggressively to breach the 500-run mark in ODIs in this NED v ENG series.

For the Netherlands, it was a big defeat. They have to wi the NED vs ENG second ODI to draw level in the series. Against a formidable England side, this looks a tough task. England will be led by Eoin Morgan while Pieter Seelar will lead the Netherlands side. An England Test side is playing a series against New Zealand simultaneously. Ben Stokes is leading the Test side.

The NED vs ENG series is a good opportunity for the England batters to get some good hits out in the park ahead of their full-fledged series against India next month. They play a Test match followed by a three-match T20I and ODI series against the visiting Indian side.

The Amstelveen ground is currently having a temperature of 13 degrees. The match starts at 11 am local time. There is a hundred per cent cloud cover at the moment and there is a prediction of rain as the day wears on.

The venue has hosted 26 ODIs to date. Recently the Netherlands played three ODI games against the West Indies in May. The average first innings score at this venue is 232 which drops down to 198 in the second innings. 15 matches have been won by the team batting first while nine chasing.

In the third ODI between NED and WI, the Windies scored 308 and Holland reached 288 in response. The first Netherlands-England ODI saw the former team scoring 498 runs and 500 is on the cards in the second.